Leros is known as the Island of Goddess Diana (Artemis). The first inhabitants were the Phoenicians, the Carians and the Lelegians. In 1309 the Island was occupied by Saint John Nights up until 1521, when the Ottoman Occupation started. Leros is the birthplace of some great local and national benefactors i.e. Vasilios Nikolaidis, Nikolaos Tsigadas, Panagiotis Trakas, Theologos Markopoulos, Nikitas Rousos, Theodoros Malachias, Parisis Bellenis and Paris Rousos. Among the great men of Leros are also Emanouil Gedeon, Georgios Rousos and Theologos Nikoloudis.

In 1912 the Island was occupied by the Italian battleship “San Giorgio” during the Turkish-Italian War. Due to the fact that the Island is having a lot of natural ports, the Italians equipped and achieved to transform the Island into an enhanced naval and airplane base. Since the late 1920’s, major developments are taking place in terms of infrastructure and during 1930’s a whole new city is built, the city of Porto Lago or Lakki. In 1932, under the Treaty of Lausanne,   the Islands of Dodecanese are officially under the Italian rule. In 1940, Italy enters the World War II as an ally of Germany and Leros is being bombarded by the English air force. On September 8th of 1943, Italy signed a ceasefire, quitted its alliance with Germany and joined the Allied Forces. After the Italian ceasefire, English forces came to Leros in an effort to support the Italians. During that period, the Island will be a victim of German bombings.

On September 26th, German airplanes achieved to sank the glorious Greek destroyer ship “Queen Olga*” and the English boat “Interpid”. On November 18th, the Island of Leros was occupied, after tough battles, by the Germans who stayed up until May 8th, when Germany exited the War. Up until May 31st the Island in under the English rule. On March 7th, 1948, Leros Island as well as the whole complex of Dodecanese Islands became officially part of Greece.

On September 26th 1943, the German airplanes JU-88 achieved to sank the glorious Greek destroyer ship “Queen Olga” in the port of Lakki. The Italian officer who commanded the observation point of Lepida (a point close to “Queen Olga”) did not alarm, because he knew that the ship was Greek and that it was the main target.

It supposed that the Greek ship was in an ally port, since Leros was under Italian occupation. If the Italians warned on time, as they should have done, then history would be ended differently. The crew of “Queen Olga” did not manage to react. They were trying to defend themselves with the use of anti-aircraft guns and they never stop even at the time when the ship was sinking.

It was 9:58 o’ clock when the German airplanes dropped the first bombs, without any warning. In just few minutes achieved to sink the destroyer ship and killed its captain and crew (70 sailors). Every year the Navy and Leros’ inhabitants make a memorial service in memory of the heroes who died in “Queen Olga”, in presence of few survivors.

At the History and Folklore Museum “Bellenis Tower” in Alinta village, among the exhibits of “Queen Olga”, there is also the watch of the Captain that reminds us the time of the disaster; 10:10 in the morning. 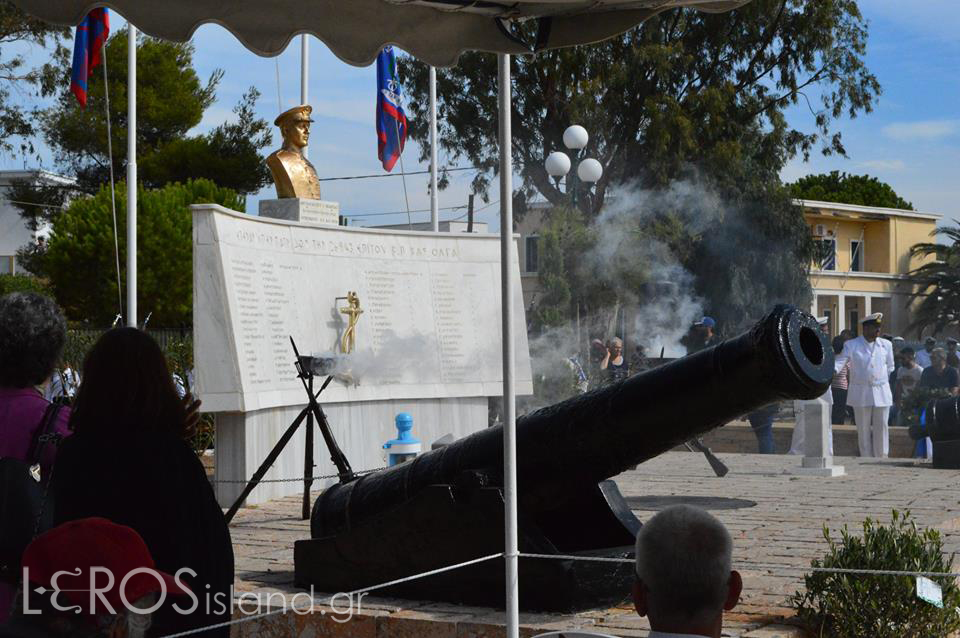 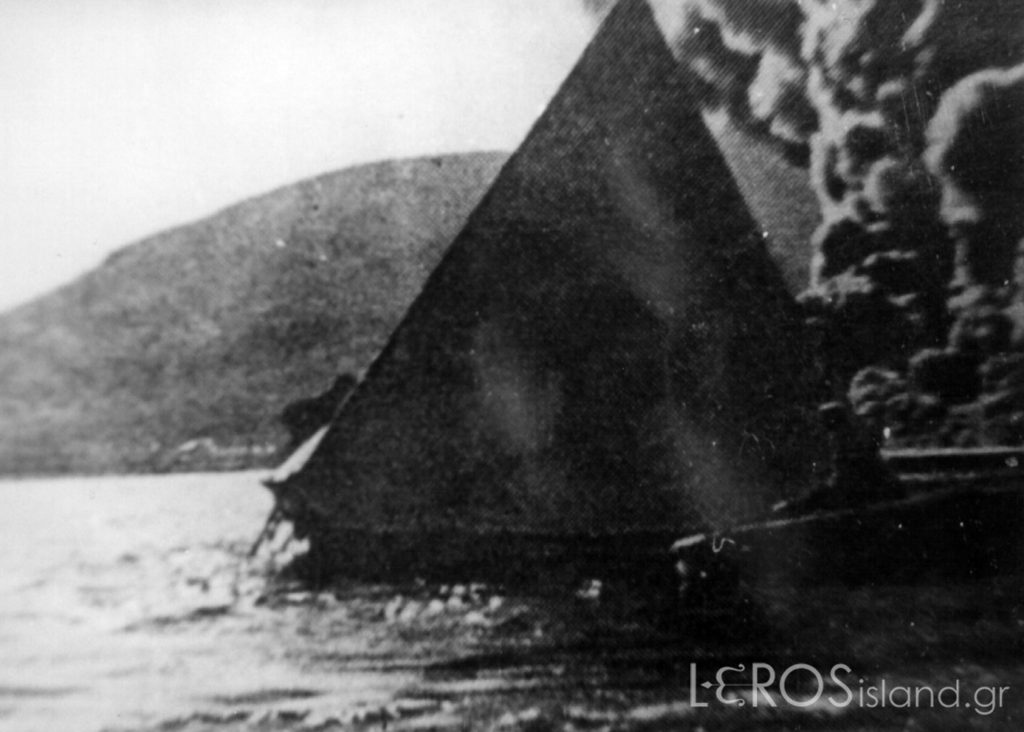 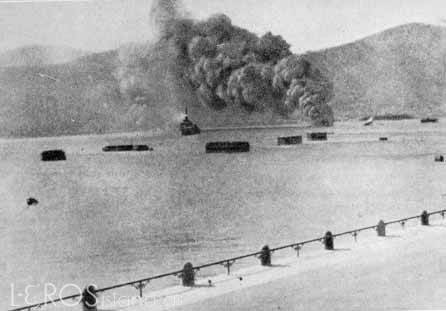 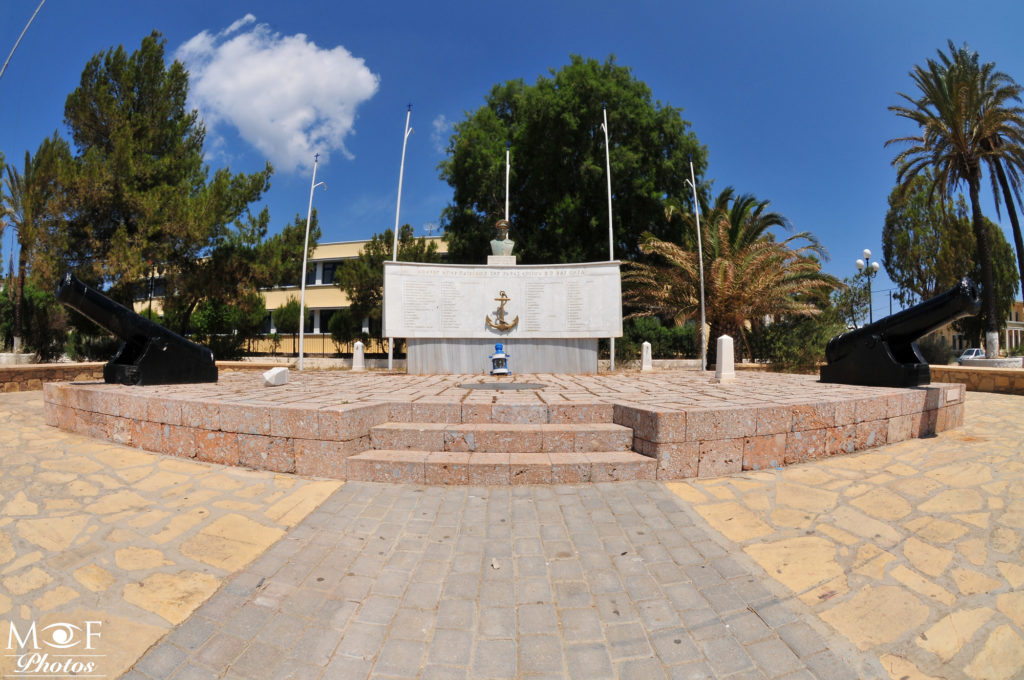 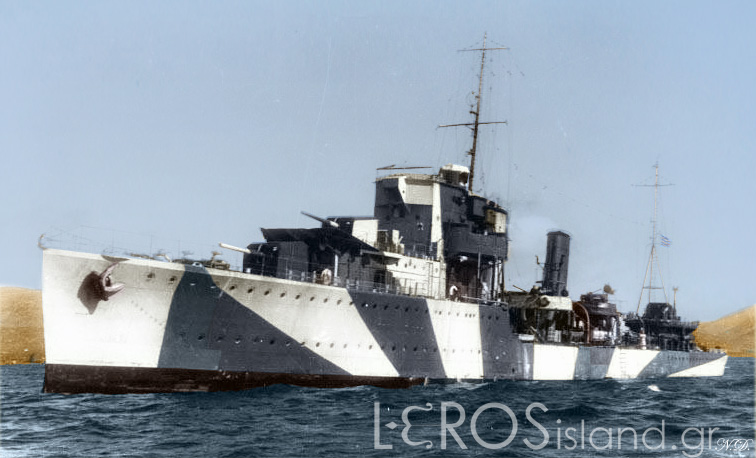