It is commonly believed that treasures are well hidden. This is the way to characterize the private museum of Mr. Ioannis Paraponiaris. Well hidden and well-kept in the area of Agia Irini, this private museum of war findings or “Diposito di Guerra” was waiting for our exploration. During our entrance in the premises we immediately realize where we were. A lot of objects of a different period were at the outside area as a reminder for the oldest and as a source of history for the youngest. The main building can also be considered as an exhibit. As Mr. Paraponiaris said, it was constructed as a micrograph of a military warehouse of that period by using exactly the same materials.

We were touring around and the hours were not enough. The collection consists of around 3,500 items. They are so many that even the collector does not know the exact number, it is impossible to count, as he said. During our visit, we listed to the story and to the details that only a collector is able to know. Every item, small or big, has something to say, a unique story that is able to take you back in that particular period. All the items together though are able to offer you a sole journey back in the times of World War II and to the Battle of Leros. Mr. Paraponiaris, a person with passion and love of what he does, opened not only the time-box but his life-box as well.

To start with, can you tell us few things about you? What is your story?

I am just a simple citizen of Leros Island, who lived all these years after the war. All these items that you see here I lived them, I was able to find them here, and there was a lot. My parents’ house is the building next door. Before the war, Italian Commanders were living here and the simple soldiers were living in tents outside. In this photo here, this document, there are four Italian Commanders in our house next door and this little girl that they are holding, she is my mother. It was around 1935. That was just the beginning. When I was born, in 1954, this land was full of these things, but nobody was caring back then. As a result, I was a child and the curiosity along with the stories I was listening to from my parents, obviously played a significant role.

What is the story of your museum?

I started in a really young age, one could say, since that period we were collecting metallic materials, the so-called “mproutza” as we used to say, in order to sell them and get some money. The story is that some objects, some that were famous, some of the British or some buttons had an effect on me and achieved to impress me. In order not these items to go outside of the island, I was giving either some money or some other metals in order to take them and keep them. Therefore, my collection started and resulted on what you can now see.

Despite the items that you were able to collect by your own at the beginning, after the creation of your collection, how did you manage to find more of them?

As I said, that period when I was really young, no effort was needed in order someone to find such things. You were able to find them literally anywhere. In other words, a whole island was full of these objects and especially guns and explosive materials. Our parents were telling us and we were not giving much attention to these. But, in general we were not doing efforts to find and collect these things. Especially, when it was heavy rain all these objects were coming out. The rain was bringing to us a lot of material. Even today there are cannonballs hidden in the mountains and if someone find them has to call the army in order to be exploded carefully. There is a typical procedure to be followed. First, you have to call the police in order to produce a report for the Brigade and then the Brigade calls explosive specialists in order to make a controlled explosion. I can tell you that in this area there are some of these objects still hidden in the walls.

Which of your exhibits is your favorite?

No. This is a very difficult question. It is a really difficult question. I can only tell you that my favorite display is the only that I draw the map of Leros with different small pieces from the battlefield. It consists of many different pieces, some remains from cannon bombs, some bullets and staff like that. These little ones tell a lot about that particular time period of Leros’ history, about the Battle of Leros. But I cannot choose a sole item. An item that means nothing for you, it can be everything for me. All these old metals that you see here is the proof, the documents that testify the events took place back then, when Leros was occupied.

Do you believe that your collection is complete? Is there any gab in history that you need to fill?

This is also a difficult question. What I know is that my collection tells the story of a particular period, about the Battle of Leros. However, the truth is that a collection is never full, is never complete. For sure something is always missing. My collection testifies these days.

Have you ever been visited by a soldier who was in Leros in that period or someone who is somehow connected to the island during that period?

Did they give you some more information that you might not knew?

Sure yes. Information is always welcome. As I told you I was born after the war, therefore this information are useful to the island. For example from Tony Rongers who is a historian and has written two books about the Battle of Leros, I learned where the administration of Commander Tinley was back then. That information was not known to me before his visit. I started collecting these items because I was impressed, I thought that it is good to stay in the island.

During the years, have you ever received some sort of help by a local authority or a specializing competent authority?

No. Surely no. I have never received any help by no one. On the contrary, I faced some legal issues. I was accused of illegal possession of war material. They took me to Kos to the jail. Despite the fact that there was a search and a report from a specialist of the Greek Army stating that all the materials were destroyed as well as the explosives. However, I was accused. At the end, the court decided that the collection and the possession of the items were legal.

What are your future plans about this museum? How do you want it to look like in 5 or 10 years?

Simply just because I have a lot of exhibiting material, my dream maybe is, if I can, to expand this area. But in our days this is a very tough thing due to the high cost. This main building here was done because of my passion and love for what I do. I spent a lot, I was accused but I achieved to create this small building. During the future, since there is not a serious proposal from a competent authority for moving into one of all these available building, I will stay here. In the future I have no idea what can be done. What matters is that this material belongs to Leros, in not mine. I may spend money but I am keep on saying that the items belong to Leros and that we need to keep them here, in the Island.

What are you dreams about your island? How Leros should ideally look like in 10 or 20 years?

I do not know. I am a person, if you allow me to say that, who is pessimistic. I am trying to reject bad thoughts; I am trying to think about the best possible. But I am worried, I am generally worried. I want and I would love to see all the history of Leros to be spread around the world. This is what needs to be done. I am worried and I have hope. We always need to have hope.

Is there anything else that you want to add? Anything that people needs to know?

A lot of visitors are asking me why this museum is located here and not somewhere in the center. I want to say that this area is quite historical. Before the war here it was the 3rd Administration of the 19th Commander of Regina, the Italians. The area here is not a random place.

Interview No 4: Mayor of Leros 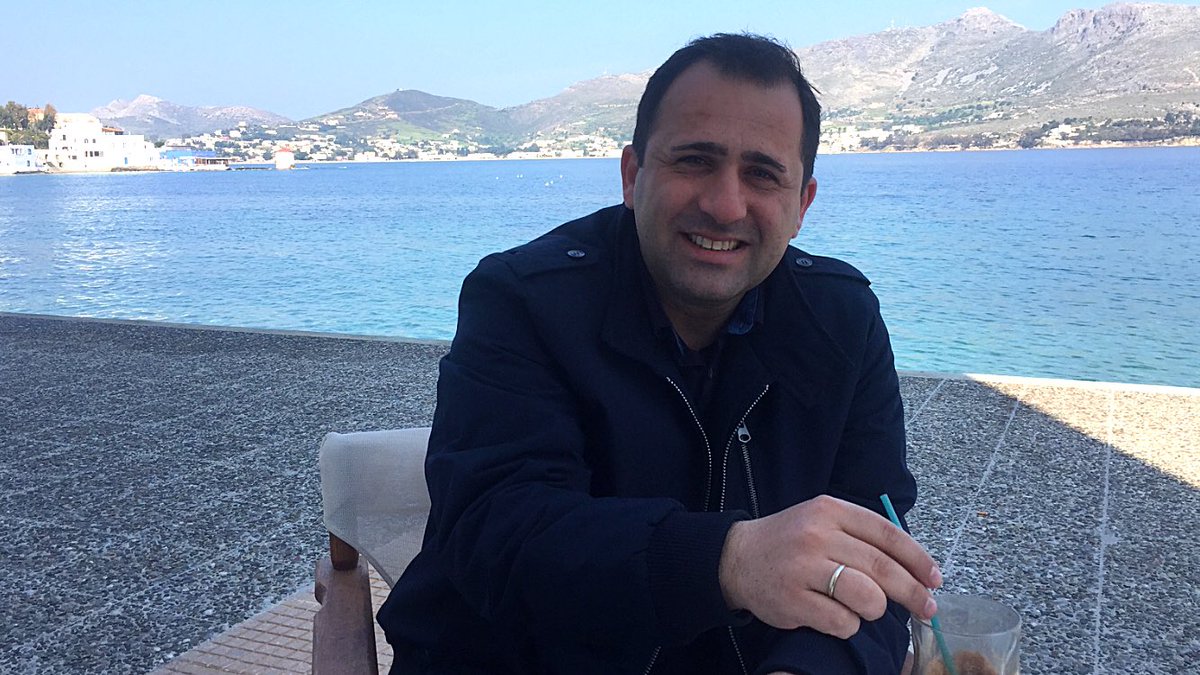