Since we are towards the last days of the year, each of us does his own personal account of what has been achieved and all of us proceed to a collective account for the achievements of our Island. In an effort to judge objectively the tourist product of Leros for 2016, we had a conversation with Mr. Georgios Palapougiouk about Leros, tourism and the potentials for 2017.

We are now towards the last days of the year, based on your opinion, was 2016 a good year in general for our Island?

First of all I would like to thank you for your invitation and the honor you make me feel to talk in lerosisland.gr. In addition, I would like to wish a happy and creative new year. Based on your question, I would say that for Leros as well as for the rest Island of Aegean Sea, 2016 was a year with extreme pros and cons. It would be an irony if I only focus on the pros, since there are still some problems. According to my point of view, the year will end with a positive way.

By doing your own personal account of the year, how would you describe the tourist season? Was there an increase or a decrease and why?

We all know that for a long period of time, Leros was forming, let’s say the “black ship” and the “easy victim” because of the psychiatry, something that affected the tourism industry of the Island. Of course based on the aforementioned, we have to take into consideration the absence of any reaction from the local competent authorities as well as from the people who were feeling, in a way, secured.

Today, the need for extroversion is a must for growth and I think that Leros made significant progress with the opening of Schengen Gate for the people travelling from Turkey. The particular effort was achieved despite the rejection of some group of people, as well as due to the development of modern hotels that offer a variety of services. In addition, despite the easy access of tourist to the Island and their stay, we observe a great effort, especially made by young people, to upgrade and promote the Island as a gastronomic destination. Overall, I would say that that these factors as well as many more, had an immediate return to Leros in terms of visitors and I am sure that the numbers will continue to increase.

If I ask you to describe the Island of Leros by just using 3 single words, which will you choose and why?

Firstly, it is the beauty which is not only for the natural scenery but also about the authentic hospitality. Secondly, it is the history that starts from the archaic period, goes into the Ottoman and towards modern times and especially the period of Second World War. Thirdly, it is potentials that we have and did not take advantage of them yet. However, with only 3 words it is impossible to describe an Island with such significant geopolitical and strategic position.

According to your opinion, which way is the most effective of all for the promotion of the Island?

I think it is the development and cooperation, despite of politics and ideologies, the cooperation with tourist agents and the promotion of daily tourism. In addition, another good way is the promotion of ecclesiastical and diving tourism, our membership in tourism related forums and the creation of certified local products. The options are unlimited; we can also add the establishment of seminars and education of young people in the fields of tourism. In general, our will to cooperate, to be educated and our extroversion are the major ingredients towards success.

Which are the weaknesses of Leros? Is there space left for improvements?

Wherever potential exist, you also expect some weaknesses which I believe exist to make us set our next goals and targets. Leros is not the exception to the rule. We need to improve the roads and the transportation services especially during the summer season. In addition, we have to empower marketing and education in all fields related to the tourism industry. Also, we all have to work on improvements in our ports and transform them into modern ports that satisfy all the needs of visitors.

Based on your point of view, what do you think about the level of tourist services offered in the Island?

I believe that the steady increase of tourism in Leros has been observed by the local businessmen as well as by young people who are occupied in tourism industry. Their observation is now making them to improve, something that we can see in hotels as well as in the restaurants. The efforts made are serious and we all have to recognize them.

Based on your point of view, what do you think about the level of young employees in Leros?

The young generation of Leros has two main positive characteristics. Firstly, they are educated people and secondly, they want to return and invest in their Island. They do have all the education and skills needed in order to transform the Island into a competitive environment for businesses. By taking into consideration these important facts, we have to recognize all the efforts that local authorities and governments made.

What is your message to the people and your wishes for the New Year?

We have experienced a lot during the last couple of years. A lot and difficult things. The year that now passes brought us in front of the humanitarian crisis and the social unjust but as Greeks we were strong. I do not know how much of extra effort we have to make, but we always know how to find the bright side of life. I wish that 2017 hunger will be eliminated as well as unemployment and displacement. In addition, I wish that Leros will become the Island that we are all dreaming of. 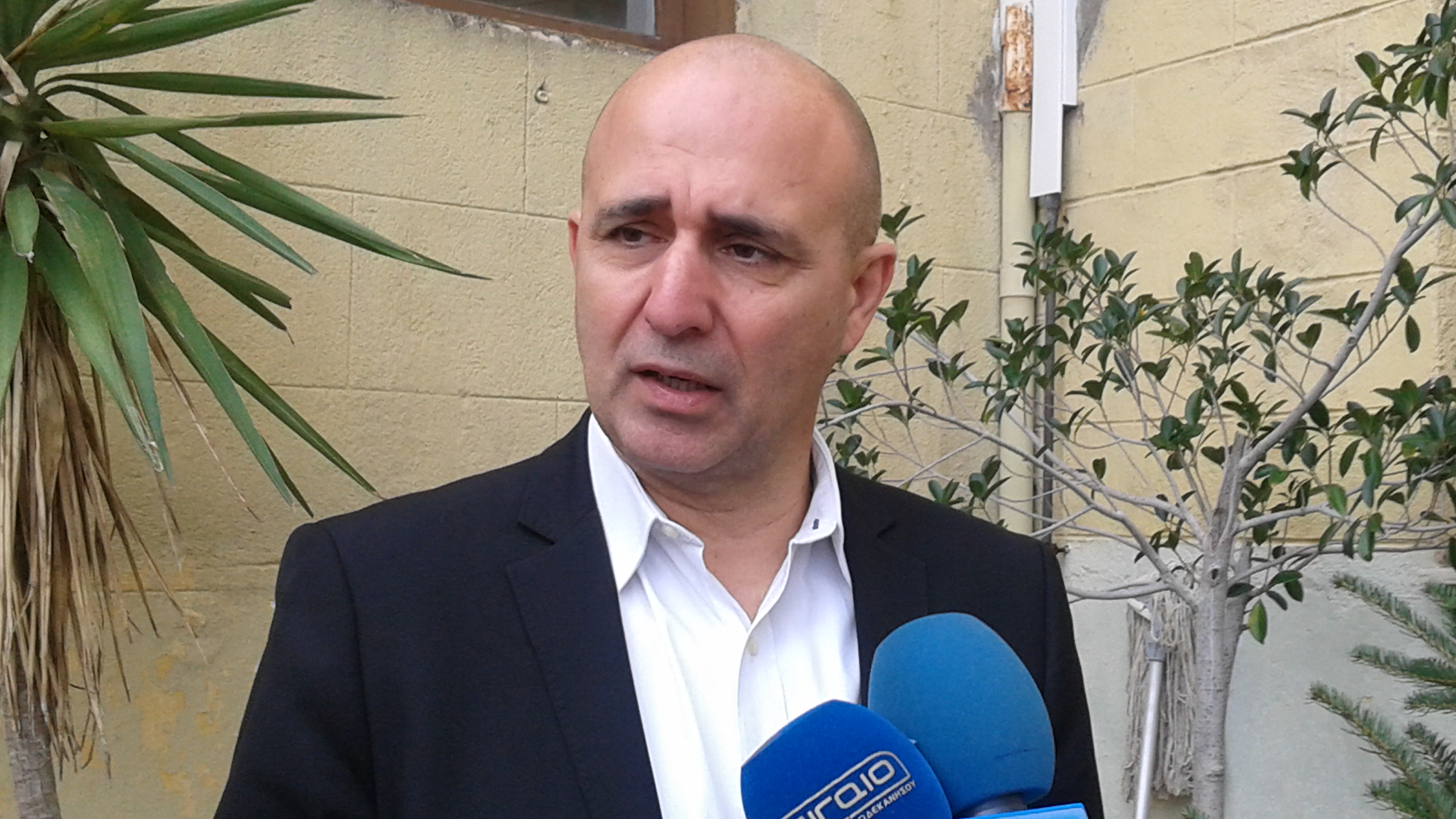 Interview No 4: Mayor of Leros 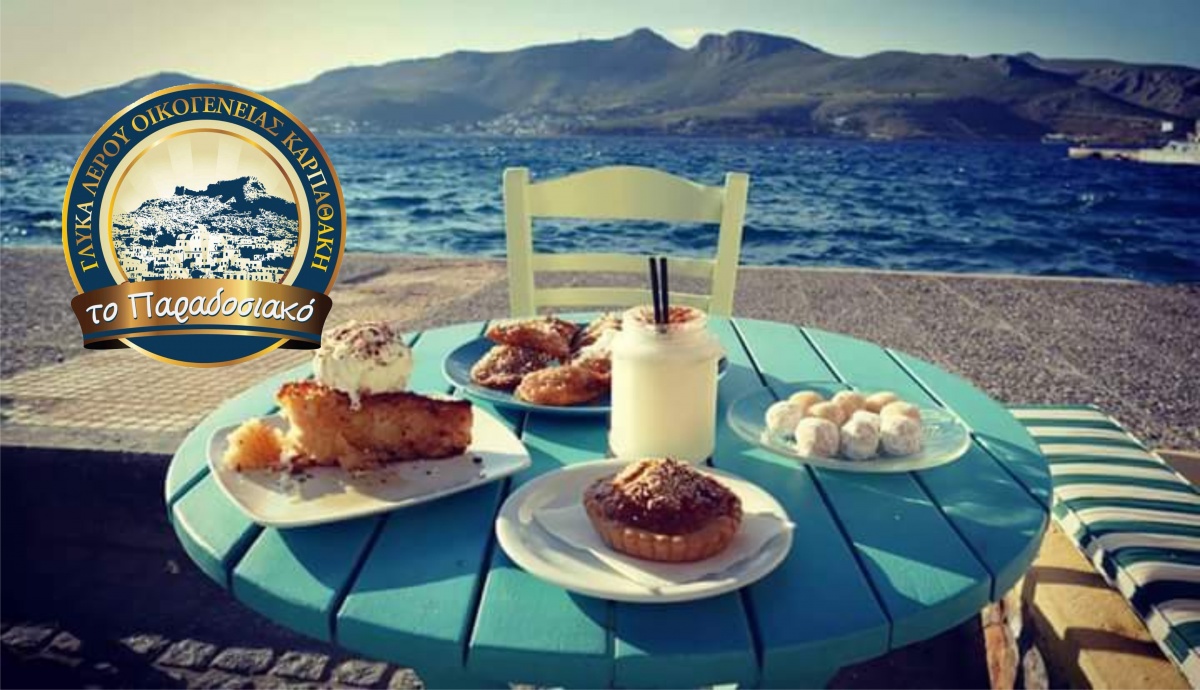