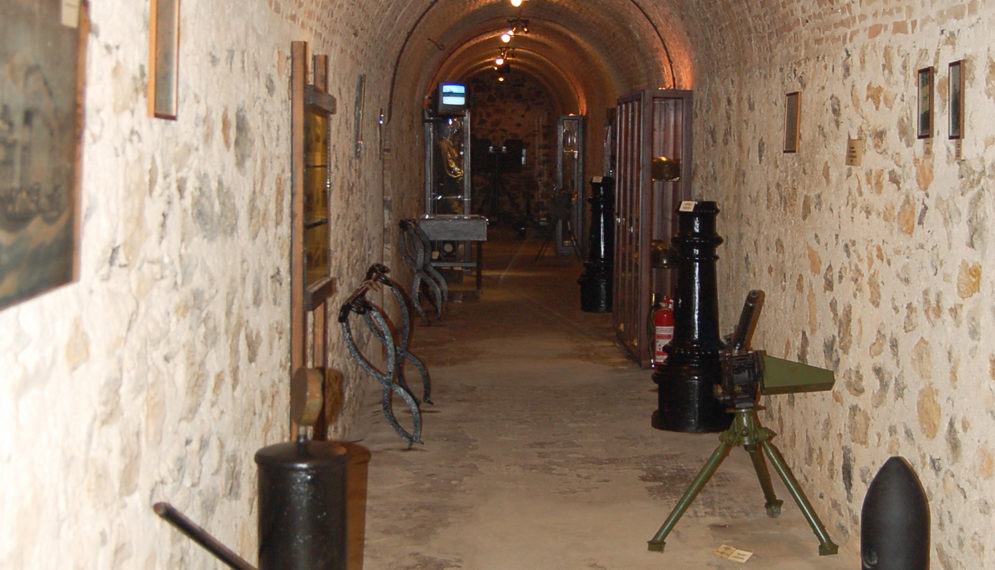 In the area of Merikia , in the 1930s, the Italian army constructed a network of underground and overland ammunition depots with respective defence posts. The emotive tunnels of the fort currently house a large number of World War II exhibits, such as weapons, maps, photos and uniforms of that period. The surrounding area was turned into a military park where decommissioned army vehicles, tanks and fighter aeroplanes are exhibited. The tunnel of Merikia is open every day, during the summer.