There is a town in Greece like no other.

Lakki, on the Dodecanese island of Leros, is unique. Its church, austere and minimalist, is more Bauhaus than Mamma Mia. The school, with its wide, looping porticos, is a hybrid of modernist and Byzantine elements. The pulsating Art Deco cinema seems to power towards the sea like a speeding bullet train. Just behind it, a UFO-shaped atrium latches onto the town’s imposing clock tower. A strange, disc-shaped appendage sprouts from the tower like a toadstool. As if to hammer home the surreal nature of it all, all four clock faces show different times.

Few people know this place exists, and even those who live here view their town with a degree of scepticism.

Its origins date back to the early 20th Century when Leros, along with the rest of the Dodecanese, was under Italian rule. Strategically placed and gifted with one of southern Europe’s biggest natural harbours, it was here that Mussolini decided to house the Royal Italian Navy, as part of his plan to establish control over the eastern Mediterranean.

In 1923, he sent two architects – Rodolfo Petracco and Armando Bernabiti – to Leros in order to construct a model town on the harbour for the settlement of thousands of Italians, including military personnel and their families. At the time, the whole bay was uninhabited marshland and authorities began filling in the area with tonnes of concrete imported from Italy.

Upon arriving in Leros, Petracco and Bernabiti surveyed the area, sat down and began to design their utopian town from scratch.

Fanning out in a series of wide, curving roads, their town would prioritise efficiency and order, while espousing a sense of beauty and harmony. On the eastern perimeter, a railroad would carry cargo from the port to the customs house. Next to that would be the economic zone, with a cinema, market and hotel. Further into town, the residential zone would be comprised of separate quarters for different ranking officers and workers. The houses, some of which have been beautifully restored, are graceful cylinders and cuboids with spacious gardens. A huge hospital was built. Large squares were constructed and hundreds of pine and eucalyptus trees were planted.

The resulting town, which the Italians named Portolago, is considered to be the only true rationalist town outside of Italy.

Rationalism, an architectural movement which developed in early 20th-Century Italy, emphasised simple, functional design based on ideals of purity, reason and universalism. It drew inspiration from emerging trends such as modernism and the Futurist movement, as well as the classical geometry of ancient Greek and Roman temples.

However, even within the rationalist movement, Lakki is an oddity.

“Whereas Italian rationalist towns were rigid, monotonous and unjustifiably monumental,” writes Anthony Antoniades, author of Italian Architecture in the Dodecanese: A Preliminary Assessment, “the architecture of Lakki is diverse, inclusivist and imaginative.”

The Italians named the town Portolago; its architecture was created using the principles of Rationalism (Credit: Alamy)

George Trampoulis is Leros’s local historian and archivist. At his office in the island’s colourful capital, Platanos, he shows me the original masterplan of Lakki, signed by Petracco, and explains his goal of moving the island’s archives to the old naval barracks  ̶  a picturesque rationalist-Moorish building on the western fringes of Lakki.

Trampoulis describes Petracco and Bernabiti as talented yet eccentric men who didn’t quite fit in with the Fascist establishment back in Italy.

“They took advantage of the lack of direct oversight from Rome to explore and experiment, indulge in flights of fancy, and merge rationalism with local vernacular styles,” he says.

For Lakki, they drew inspiration from the paintings of Giorgio de Chirico, the geometry of ancient temples and the optimistic modernism of Art Deco. There’s a feeling of playfulness, even absurdity about their designs, as if they were finally free to express themselves without Il Duce breathing down their necks. The result is one of the 20th Century’s most daring and unique experiments in architecture and urban planning.

“Lakki should be classified as a monument of national significance,” says Anastasia Papaioannou, an architect who has carried out restoration work in the town. “It’s a rare example of a town created from scratch, adhering to the same style and following the same plan by the same architects from beginning to end.”

The town’s school is a hybrid of modernist and Byzantine elements (Credit: Alamy)

After World War Two, Petracco and Bernabiti returned to Italy to find their architectural philosophy discredited and a public ignorant of – and uninterested in – their work abroad. Neither of them ever made another rationalist building. Both men died in obscurity.

In 1947, the Dodecanese were ceded to Greece. Portolago was renamed Lakki and the town was largely left to rot. Rather than represent the vision of a utopian future, the town symbolised an Italian fascist occupation which, in its later years, had become increasingly oppressive and brutal for the Greeks of the island. Forgotten and semi-abandoned, it wasn’t until the turn of the millennium that it began to be seriously reappraised.

“The church, theatre, school, hospital, barracks, hotel, and above all the circular market hall constitute an exemplary, coherent architectural whole that could well be presented in any exhibition of 1930s architecture,” writes Vassilis Colonas, author of Italian Architecture in the Dodecanese Islands 1912-1943.

In its heyday in the late 1930s, over 8,000 people lived in Lakki. Today, fewer than 2,000 call it home. Its large buildings and streets have allowed the town to be reclaimed as something of a commercial centre for the island, but at night its streets become empty and the town is eerily quiet. Bereft of their meaning, the buildings evoke a certain sadness. Walking through Lakki at night feels like walking through an old film set after the lights have gone off and the actors have all gone home.

The architects drew inspiration from the geometric paintings of Giorgio de Chirico – his Piazza (1913) is shown here (Credit: Alamy)

Enzo Bonanno is 71, but has a youthful exuberance that belies his age. In 1989, he and his wife left their native Italy in a yacht and sailed aimlessly around the Mediterranean, visiting Tunisia, Libya, Syria and Turkey before stumbling upon Leros in 1998. They’ve been here ever since.

As we bounce around the island in his jeep he explains, in a breathless mixture of Italian and Greek, what he felt when he first arrived at Lakki’s port. “I couldn’t believe it,” he says, “I thought I was hallucinating, but in a good way.” Now retired, he spends his time teaching Italian at the local school, and raising public awareness of Lakki anyway he can. “The world has to know about this town!” he exclaims.

He founded The Friends of Leros, which brings together locals, expats and NGOs and works to promote the island abroad. He and his wife also organise an annual Italian film festival in the newly restored cinema in Lakki.

Daniele Ratti is a photographer and founder of the Eritalia project, which documents Italian rationalist architecture in former colonies such as Eritrea, Albania and the Dodecanese. He has seen a renewed interest in Italian rationalism in recent years, especially after exhibiting his photos at the 2015 Milan Expo.

“For a long time, Italians didn’t want to remember what happened during the Fascist period, so they forgot about rationalism,” he tells me. “But now, they are rediscovering this architecture without connecting it with Fascism.”

In 2014, he presented his photographs at an exhibition in Lakki’s school. Many locals who attended were surprised to see their town painted in such a reverent light.

“People are starting to realise just how special this place is,” says George Trampoulis, at his home overlooking Lakki’s gargantuan bay.

His dream, he tells me, is to gain Unesco World Heritage status for Lakki. He has reason to be optimistic; last year the Eritrean capital Asmara, known for its striking Italian modernist architecture, was awarded World Heritage status. He has seen an increasing number of visitors of all nationalities to the island, all interested in learning about the town.

In 1947, the Dodecanese were ceded to Greece; Portolago was renamed Lakki and the town was left to rot (Credit: Alamy)

Nonetheless, the situation for Lakki remains dire. Although work continues on restoring the old hotel and the surprisingly attractive customs house, many other buildings lie on the verge of ruin, while clumsy extensions by locals have drastically altered the character of many others.

“Lakki is too far gone. It will never be at a level we can show to Unesco,” an architect tells me. “At this point, it’s just damage limitation.”

This doesn’t dissuade those like Enzo. “Tourism is the future of Leros, and Lakki will be at the heart of that,” he told me. He dreams of a fully restored Lakki, as it was in the 1930s; the spearhead of a rationalist renaissance. He’s even been in talks to create the world’s first Museum of Rationalism right here in Lakki, but has been met with numerous obstacles, both political and financial. “It’s a constant battle,” he says.

For now though, Lakki carries on, as it always has done. A historical curiosity that is – to borrow a phrase from Hunter S Thompson – too weird to live and too rare to die. 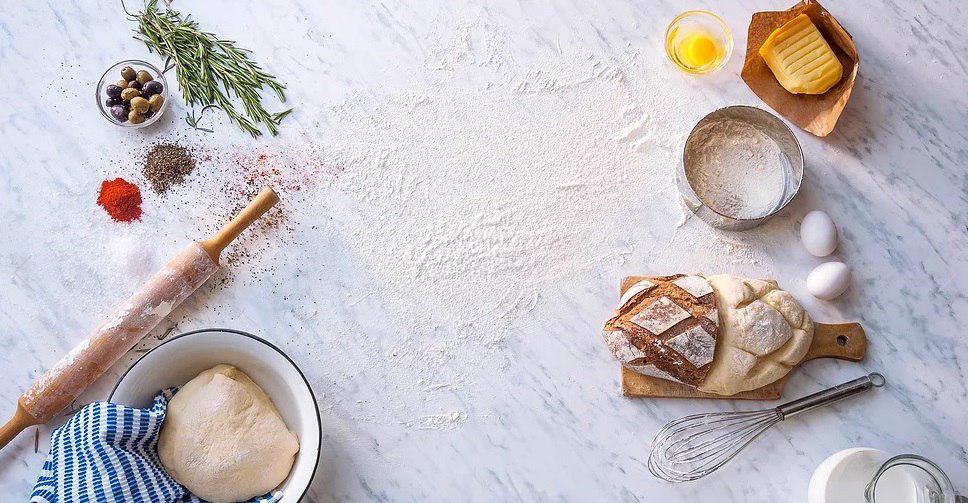 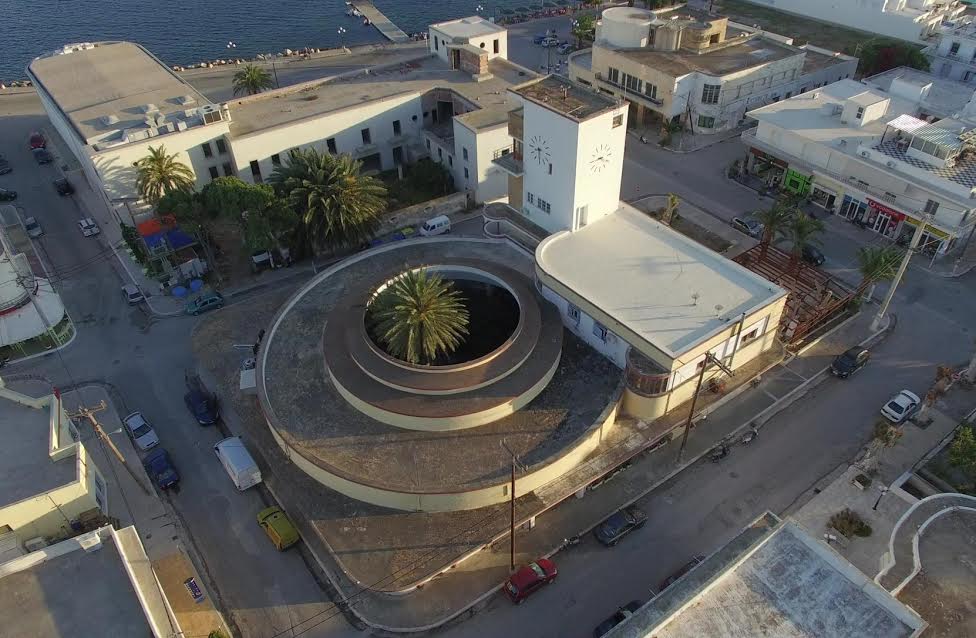 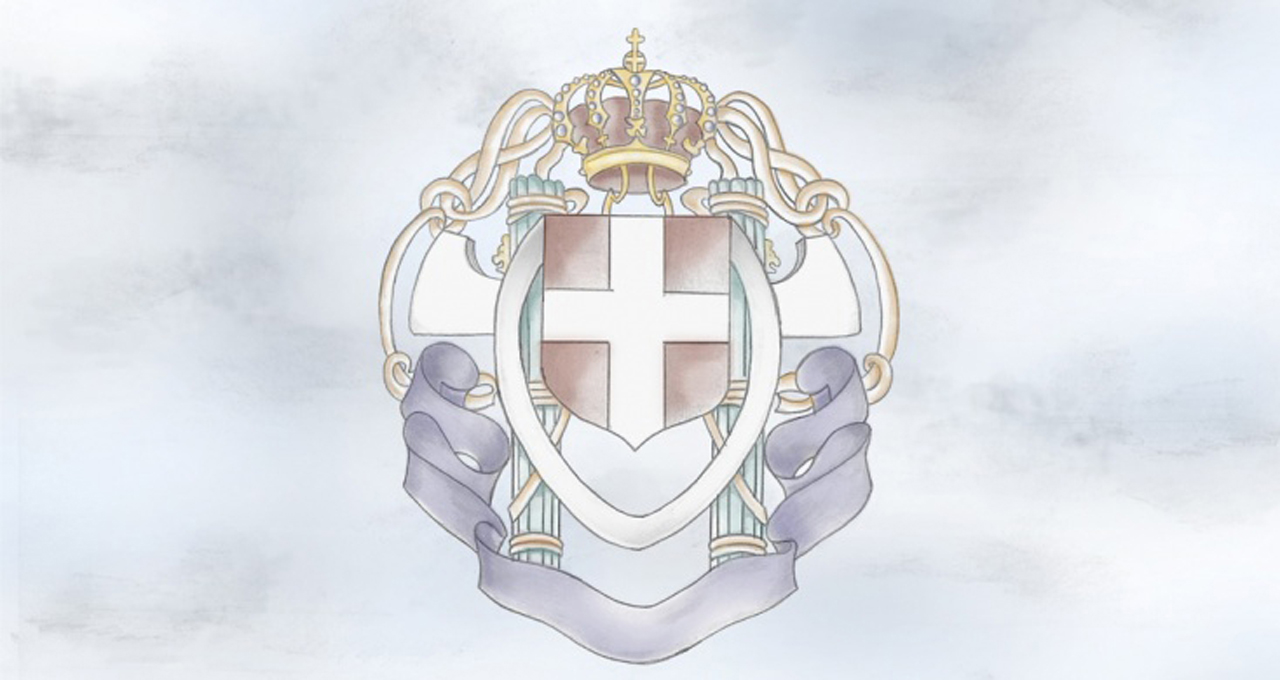